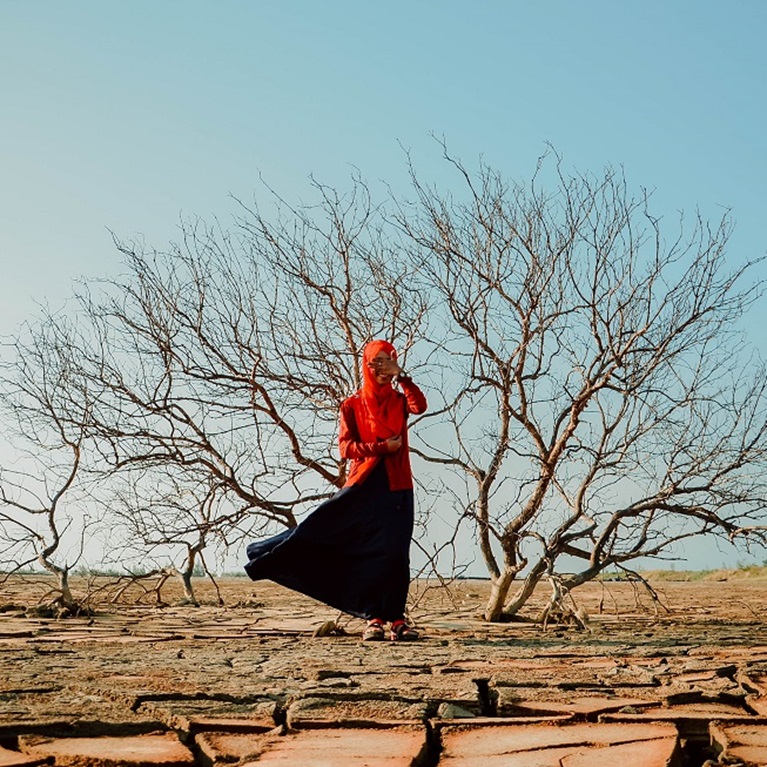 We are at the heart of Zurich Insurance Group’s (Zurich) ambition to be one of the most impactful and responsible businesses in the world.

We work alongside Zurich employees and other stakeholders as well as with governments and NGOs in pursuit of a future where people can thrive in the face of increasing climate hazards, where those of us feeling the stresses of life are empowered to speak up, and where the marginalized in our society can reach their full potential.

We believe the key to creating a fairer, more open and sustainable society is by forging connections. Our work aligns with the UN Sustainable Development goals (SDGs) and especially: SDGs 3, 4, 8, 11 and 13.

On our way to deliver on our 5-years strategic goals

We are confident with the effectiveness of our approach to deliver on this strategic cycle. We are developing stronger strategic partnerships to address challenges with a multi-year view to ensure long-term and sustainable outcomes for the most vulnerable.

For each of our pillars, we have defined specific impact personas to clarify our definitions of “positively impacted” and “transformed.” In a summary way:

In 2021, the challenges of the COVID-19 pandemic remained critical. We have continued to support the most vulnerable by providing tailored grants to support local disaster relief initiatives identified by Zurich’s business units.

While the pandemic’s long-term impacts are hard to foresee, the economic downturn in 2020 had severe repercussions on women, youth, the poor, the informally employed, and those who work in low-income sectors. With the partial recovery in 2021, we saw new needs emerging, such as vaccination equity. In April 2021, we committed to support UNICEF’s efforts to deliver COVID-19 vaccine doses to the most vulnerable. Zurich’s offices, employees, customers and distributors joined the race to end the pandemic and participated in the biggest fundraising campaign driven by the Foundation since its establishment in 1973. The campaign raised enough funds for UNICEF to deliver two doses of COVID-19 vaccine to more than 1.7 million people.

To respond to an intense set of natural catastrophes which took place over the summer, the Foundation provided support to Germany, the Netherlands, Belgium, Greece, Spain, Algeria, Haiti, the U.S. and Canada. We have also seen incredible fundraising efforts from Zurich offices and employees to support relief efforts. In addition, we have also responded to the refugee crisis following the worsening situation in Afghanistan by donating to the emergency appeal of the International Rescue Committee, a leading charity supporting refugees, to help provide mental health and integration support as people look to the future.

“We thank Z Zurich Foundation and its global network for their generous contributions in support of global vaccine equity,” said Carla Haddad Mardini, Director of UNICEF’s Private Fundraising and Partnerships Division. “All sectors need to join hands to help end the COVID-19 pandemic. Because this will not be over for any of us, until it is over for all of us.”

“There is a global movement to ensure everyone has a chance to be protected from COVID-19 and we applaud everyone who has been supporting it, through our own initiative or others. Every commitment counts to provide equitable access to vaccination,” said Gregory Renand, Head of the Z Zurich Foundation. “The race is not over yet and 2022 will be an important year for the world to strengthen its resilience against COVID-19.” 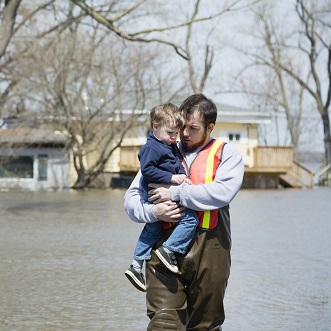 We have been working on Climate Change Adaptation since our first collaboration with Zurich in 2013, when we jointly founded the Zurich Flood Resilience Alliance (the Alliance). This multi-sector global collaboration is focused on finding practical ways to help communities strengthen their resilience to floods. The Alliance approach not only works directly with communities, but also uses the community experience, and bespoke research, to advocate for changes at a system level.
During 2020, the Alliance was able to report having an initial impact with around 315,000 people – largely through the community-level program work. 2021 though, has seen a step-change in the impact that the Alliance is having with 24,000 people positively impacted through the community programs, and around 578,000 lives transformed largely through scaling.

It has been a long-term effort that has led to this significant jump in the numbers.  For example, most of the transformed numbers come from work that is happening in Peru.  Here we started to work in 2013 with the first phase of the flood resilience program.

By working in communities over the past eight years, testing ideas and building credibility for those solutions, Alliance partner Practical Action has been able to develop its relationships with the national government.  This has resulted in the national weather service adopting their low-cost weather stations as part of a country-wide Early Warning System. The numbers represent the impact of that scaled operation.

It is this long-term foundation that will see increasing impact as the program progresses in the next 3 years. And in 2021 we added even more to that base by extending community work further. From around 75 communities in 2019, we have quadrupled that number to over 300 across more than 20 countries including in Africa for the first time.

At a global level, the evidence coming from the community work and our research continues to be used to encourage others to increase their funding commitments to adaptation/resilience building. In 2021, the Alliance influenced a further USD 74.4 million, taking the total influenced to date to USD 420.5 million (around 42% of the program target).

Gita is a 29-year-old woman living in Nangapur, a village in western Nepal close to the Karnali River. She is an entrepreneur, managing a small fast-food restaurant, a Community Disaster Management Committee member, active in the community’s First Aid Task Force, and the mother of a small child. How has Gita's fast-food restaurant in Nepal enhanced her and her family’s Flood Resilience?

2021 was also the year of the launch of our first global program in the mental well-being space. Building on a strong set of award-winning local projects in Australia, Ireland, Turkey and the Isle of Man, we have launched a three-year global strategic partnership with UNICEF to promote young people’s mental well-being. The partnership aims to initially equip 400,000 adolescents and 150,000 caregivers in seven countries (Vietnam, Mexico, Indonesia, Nepal, Colombia, Ecuador, and the Maldives) with information, skills and strategies on how to care for their own and each other's mental well-being.

As part of this partnership, the Foundation is supporting with expertise, resources and amplification capabilities #OnMyMind, UNICEF’s public engagement campaign targeting young people and other key audiences on mental health promotion and prevention.

Over the duration of the program, this global communication campaign aims to engage 30 million people and promote positive conversations and connections that increase awareness, knowledge and action around mental well-being. In 2021, #OnMyMind already reached 211.5 million people.

One moment, one conversation, one question can change everything. Watch the Hero Film.

As part of this partnership, we are building a Global Coalition for Youth Mental Well-being, officially launched on April 7th, 2022. The coalition is seeking to bring together public and private sector actors who are willing to take action to promote the positive mental well-being of young people. We aim to positively impact 30 million people by 2030 in 30 countries.

Change come from within

If we can help break down the social stigma around mental health, then more people who are suﬀering will feel able to speak out about it. At the Z Zurich Foundation, we are coming together to help people take control of their wellbeing.
Discover all the charitable organizations we work with in the mental wellbeing space: https://www.zurich.foundation/mental-wellbeing

The COVID-19 pandemic exposed many vulnerabilities in our society, and unfortunately increased social inequalities. All components of human development (education, health and living standards) were negatively impacted. Needs are growing and, therefore, support should too. One important way the Foundation acts is by empowering young people to take better control of their future.
We collaborate with Zurich business units across the world in tackling local issues to promote and deliver social equity.

Example in Canada – empowering the next generation to succeed
In March 2021, we have started a five-year grant to help students build resilience and take control of their finances and career paths with Junior Achievement (JA).
Through three programs, volunteers from Zurich Canada are inspiring students in grades seven to 12 by delivering JA programs focused on money management, work-readiness and entrepreneurship. Working with approximately 200 Specialist High Skills Major (SHSM) students, Zurich employees are participating in JA work-readiness programs over two school years. These students will take part in several programs and events that focus on critical thinking, communication, collaboration, career options and more. Students also have the opportunity to win one of five post-secondary scholarships.
In 2021, 73 Zurich Canada employees volunteered with JA. The three programs reached over 2,400 students in more than 60 schools across the country.

Hear from JA student Connor, as he shares his experience as a young entrepreneur
Volunteer spotlight - Sameer, Zurich Canada

Actions for a fairer future

The stands we make and actions we take together today can shape the lives of those inheriting the world. But we can’t change our society for the better without the help of this upcoming generation, embracing differences and diversity. By empowering young people and giving them the tools and resources to take control of their future, we believe we can have a more significant and long-lasting impact on both them and society at large.

Discover all the charitable organizations we work with in the mental wellbeing space: https://www.zurich.foundation/social-equity